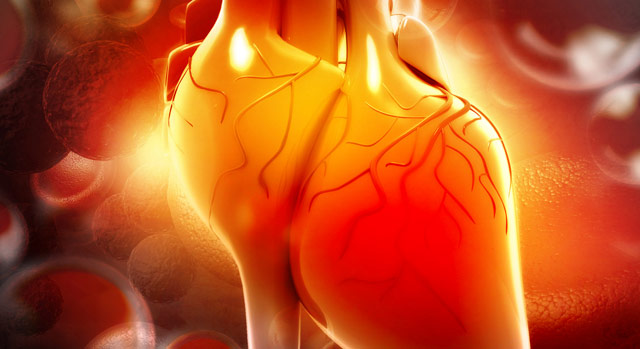 An arrhythmia is an abnormal heart rhythm. When the heart to beats too slowly, too quickly or even irregularly, it cannot effectively pump blood through the body. As a result, the lungs, brain and other organs can't work properly and may shut down or be damaged. An arrhythmia also increases the risk for heart attack, cardiac arrest and stroke.

According to the National Heart, Lung, and Blood Institute, atrial fibrillation is the most common type of arrhythmia, which can increase the risk for stroke. Learn more about atrial fibrillation and a new approach to treatment — the Watchman™ inplant.

According to the American Heart Association, arrhythmia can cause a range of symptoms, from a “skipped beat” to a fluttering feeling in the chest or neck. If an arrhythmia lasts for an extended period of time, more serious symptoms can occur such as:

To diagnosis arrhythmia, physicians typically conduct an electrocardiogram (ECG/EKG), a non-invasive procedure that records the heart’s electrical activity. Other tests include wearing a Holter monitor (portable device that records heart activity, like an EKG, but for a longer period of time), treadmill/stress tests, a tilt-table test (measures how blood pressure and heart rate respond to the force of gravity), or echocardiogram (uses ultrasound imaging to show how well the heart is pumping blood). Electrophysiology studies (EPS) are also used. During EPS, doctors insert a thin tube, or catheter, into a blood vessel that leads to the heart. They then send electrical signals to your heart and record its electrical activity.

Many arrhythmias are considered harmless and left untreated. Abnormal arrhythmias can be treated with medications and lifestyle changes, implantable devices like cardioverter defibrillators (ICD) and pacemakers, or ablation procedures, which use heat-producing energy to destroy areas of heart tissue causing the irregular heartbeat.

Using the Stereotaxis computer-aided magnetic navigation, physicians can maneuver catheters inside the patient’s heart with magnets placed outside the body. As the catheter travels through the cardiac chambers, it draws a highly detailed, three-dimensional (3D) map that helps physicians identify the diseased areas of the heart. When the catheter arrives at the targeted location, small electrical pulses are delivered to the diseased cardiac tissue to correct the arrhythmia and return the heart to its original rhythm.

The catheter used in Stereotaxis cardiac ablation is soft and flexible to help reduce the risk of puncturing or damaging to the heart. Compared to non-Stereotaxis procedures, it significantly reduces the amount of radiation exposure patients have, and leaves minimal scarring. A study by Bauernfeind, et al., (2012)* found patients are 10 times less likely to experience major complications following the robotic navigational procedure.

Patients generally spend one night in the hospital after the procedure and must refrain from heavy lifting and vigorous exercise or activity for at least one week.

If you need a referral to a cardiologist or other physician at Desert Springs Hospital Medical Center, call our free physician referral service at 702-388-4888.

If you are having a medical emergency, call 9-1-1. Refresh your screen to get the latest wait time. For the most accurate wait time, call the hospital.